A US based, industry leader in aircraft manufacture, aircraft modification, and aerostructures fabrication serving commercial, military, and original equipment manufacturers was searching for a 360-degree forming package to help optimize their operations. They needed to replace dated, underperforming equipment; and they wanted to add new equipment and technologies to their arsenal of ever expanding capabilities. The manufacturer also wanted to eliminate downtime of their critical path equipment and maximize efficiencies across their forming operations.

Beckwood Press Company met with the manufacturer to help evaluate their current operations and to help shine a light on the parts of the operation that could benefit the most from new technological upgrades, replacements and additions. After extensive assessment, Beckwood and the client decided upon a 7 press forming package from the Triform, aerospace focused, family of forming equipment.

This inclusive forming package consisted of:

Since all of the machines incorporate the same technology frameworks, training and support is also simplified for the client.

The client is expecting to be able to take on new projects they were not previously equipped to handle, and to turn around long standing jobs much quicker with better profit margins. 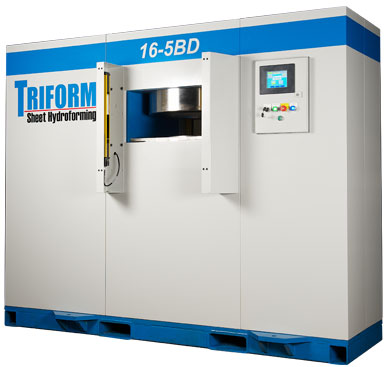